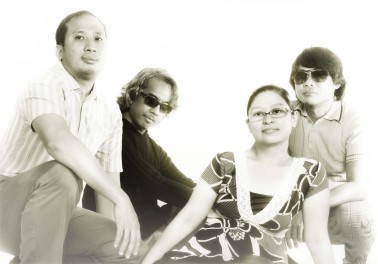 The Gentle Isolation is an indiepop/twee band based in Meycauayan, Bulacan — a province from the north near the outskirts of Manila, Philippines.

Even with a penchant for new wave music, The Gentle Isolation thoughtfully shifted genres in 2009, making way for the indie pop sound that they are slowly becoming known for in the local independent music scene. Their new sound is reminiscent of Belle & Sebastian and Camera Obscura, but still with a trace of The Stone Roses and Echo & the Bunnymen thrown in for more character.

Having made their rounds in several bars and other venues in and out of Metro Manila, the band had busied itself with building a steady fan base, augmented by the rare privilege they enjoyed when they played as one of the front acts during Swedish indie pop duo, Club 8’s concert in Manila in May 2010. Proving that they are all ready and set for a wider audience, the band is preparing to release their debut EP  in August 2010 under indie record label, Lilystars Records.

The Gentle Isolation are: